Electric Vehicles: Renewing Our Modes of Transportation on Our Way to a Greener Society 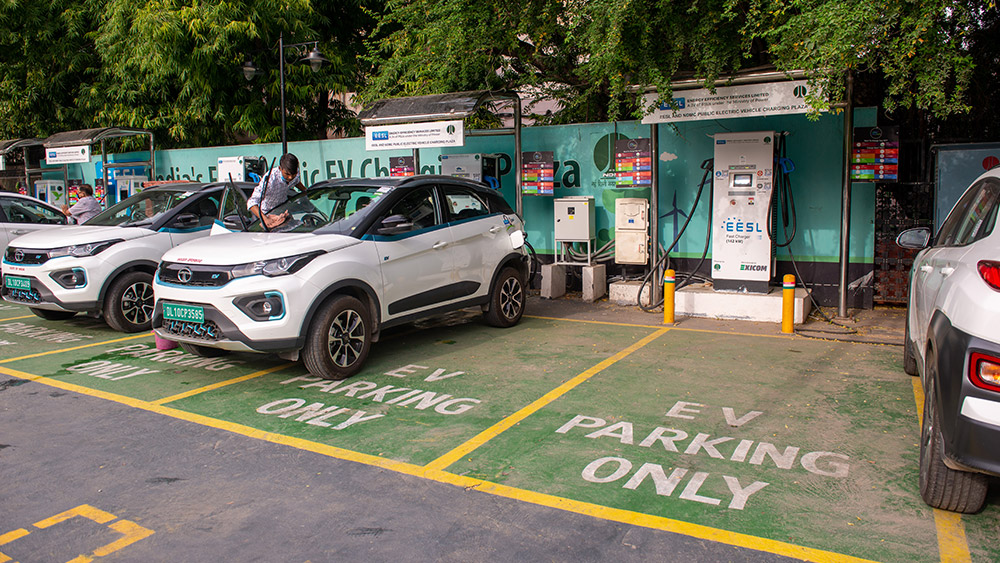 To most of us living today, the concept of electric vehicles (EVs) is novel and signifies the future of mobility. But the first EVs date back to the late 1800s, and by the early 1900s, EVs accounted for a third of all vehicles on US roads. New York City even had a fleet of electric taxis!

Yet, around the same time, gasoline prices began to drop, and Henry Ford for the first time installed the assembly line to mass produce the fuel-driven Model-T. These made fuel-driven cars much more reliable and cheaper than EVs, and resulted in EVs being relegated to the shadows of the automotive industry.

It was only in the late 1990s, when, globally, the focus on environmental pollution and sustainability picked up, both among the public and in policy, that interest in EVs was renewed. Today, we find ourselves on the cusp of an EV revolution. EV sales (including private and public transport) have grown from a few thousand in 2010 to over 6.5 million in 2021. With the current growth trajectory, the global EV industry is expected to be valued at $1318 billion by 2028.

The EV Industry in India

In India, EVs were first introduced in the late 1990s by e-mobility pioneers like the Reva Electric Car Company founded by Chetan Maini. In fact, Reva was a Made-in-India car that was also sold in the UK and Europe, as early as 2002. By 2013, Reva also held the distinction of being the most sold pure electric car. In 2010, another Indian start-up, Yo-Bikes, had also begun to make inroads with a popular two-wheeler EV. But despite these initial successes, the demand for EVs in India did not pick up until about 2019. A key reason for this was that the products available in the market used lead acid batteries, which resulted in low charge/discharge cycles, poor performance, and limited range for most vehicles.

In April 2015, the Indian government launched the FAME (Faster Adoption and Manufacturing of Electric Vehicles) Scheme under its National Electric Mobility Mission, which boosted EV manufacturing, provided subsidies to buyers, and financed the installation of charging infrastructure. In 2019, the government launched Phase II of FAME, expanding the incentives offered under it. In this phase, a key goal was to incentivize the production and adoption of battery electric vehicles powered by lithium-ion batteries, thereby allowing for higher vehicle performance and improved range.

The FAME Scheme and the additional benefits for EV buyers, such as a waiver on road tax and income tax exemptions, played a key role in turning the tide in the demand for EVs. EV sales grew by 133% between 2015 and 2020. And as of 2022, over 7.5 lakh registered EVs are on Indian streets and 380 EV manufacturers—including giants such as Hero, Tata Motors, Hyundai, Kia, Toyota, and Mahindra— operate in India across the two-, three-, and four-wheeler spaces. Due to this rise in private EV use and an increase in the adoption of EVs in public transport, by 2022, 2526.62 kilotonnes of carbon dioxide emissions have been reduced in India.

The Composition of EVs on Indian Roads Of the EVs that have taken to the streets, it appears that light vehicles will lead India’s EV growth story, as more people opt for two- or three-wheeler EVs than four wheelers. As of 2020, 79% of the EVs on Indian roads were three wheelers (mostly e-rickshaws), 17% were scooters/bikes, and 3% were cars. At present, the government is banking on this trend as it continues efforts to meet its ambitious goal of converting 30% of the Indian vehicles market to a market for EVs by 2030. By the next decade, the government expects 80% of two and three wheelers, 50% of four wheelers, and 40% of buses to be electric vehicles. This shift could mean that India reduces about 1 gigatonne of carbon dioxide emissions by 2030.

With the current market growth estimations—the EV market in India is expected to touch USD 150 billion by 2030—it would seem that the government’s clean mobility plan is on track.

A key contributor to this growth in EVs will be e-buses and e-rickshaws. E-rickshaws have had an interesting journey. Having begun to ply on the roads of Delhi as unregistered retrofitted vehicles in the early 2010s, they soon spread like wildfire across various towns and cities throughout the country. Today, most still remain unregistered and poorly built, but with the FAME scheme and giants like Tata entering the e-rickshaw battery market, perhaps, more standardization will occur, leading to the creation of fleets comprising safer and longer-lasting e-rickshaws.

E-buses on the other hand have been developed fairly recently. Their market growth has been strongly tied to government incentivization through FAME, the National Programme on Advanced Chemistry Cell Batteries, and the Production Linked Incentive Scheme for automobiles and auto components. However, their adoption is on the rise now, and as of July 2022, thousands of buses have been deployed on the roads of Kolkata, Delhi, Surat, Bengaluru, and Hyderabad. Other states, including Maharashtra, Uttar Pradesh, and Gujarat, are also showing interest in adopting e-buses.

A key boost to the adoption of e-buses has been the Grand Challenge initiative, through which the government aggregated the demand for e-buses from state transport units from across the country, and accordingly standardized specifications regarding their construction and operation, with the intent to reduce their cost. Now, the government is attempting to repeat the success formula of the Grand Challenge with three wheelers as well, by taking a similar aggregation and standardization approach for three wheelers.

A Need for Standardization Amid A Growing Enthusiasm for EVs

As India steadily moves towards a large scale roll out of EVs and EV adoption increases, it becomes crucial to standardize the key components used in these vehicles. When technologies and markets are in the nascent stages, original equipment manufacturers (OEMs) may continue to develop products independently and consider their own versions of the product to be superior. But as markets mature, these players will need to work together to standardize their products so that the expansion, adoption, and interoperability of these products on a mass scale is easy. Standardization in the industry helps to improve cross-platform compatibility, reduces the cost of new vehicles, allows for better services, and helps in accelerating the pace of technology innovation/development and adoption. A few areas in the EV industry where standardization is required are charging port connectors, battery voltages, form factors and configurations, battery swapping standards, and charging station audit and reporting.

Among these, the area that will benefit the most from standardization is battery swapping. This has its greatest application in the e-commerce and logistics sectors, where the capital cost of the vehicle needs to be low, while the daily use of vehicles is high, scope for opportunity charging is low, and end of day charging is often not feasible. Fortunately, we can already see significant standardization efforts in the three-wheeler segment of the EV industry.

In the case of charging port connectors as well different OEMs prefer to use different types of connectors in their vehicles. This obligates charging infrastructure companies to install multiple charging guns at charging stations to accommodate the variety of EVs in the market. This also creates uncertainty among consumers and makes it difficult for them to decide on the right vehicle and charging infrastructure. It is, therefore, important that there be standardization in the way critical components are manufactured and applied.

When put together, the impact of standardization, ecosystem support, government incentives, better technology, market competition, and indigenous manufacturing will contribute to the growth of the EV market in a big way.

Indeed, it seems that the Indian EV market will continue to grow, and will play a huge role in our nation achieving net zero emissions by 2070.